Hartland Quay is a magical place, for me and for many other people.  Although the eponymous Quay is now long gone, mostly destroyed by a violent storm in the 1800’s, the place still retains the name.  As you stand looking out from the Quay across the wild Atlantic Ocean (sometimes it can be still and the sea clear blue, but we like it best on it’s wild days) it seems like the end of the world.  All views take your eye to the West (it is almost the most westerly place in Devon), next bit of land due West is Newfoundland; South West, on a clear day you can see Trevose Head in Cornwall and all the headlands in between; or North West to the South Coast of Ireland (not visible from the quay but visible from nearby Hartland Point on a clear day) and the remote and barren but beautiful Lundy Island.  When I look out from there I think of the words of the American Author, Horace Greeley, ‘Go West, young man…’  It is a place of peace and tranquillity, of wild nature and of contemplation.

Hartland Quay Hotel sits on the edge of  Hartland Peninsular a wild remote part of Devon, unspoilt by us humans.  You won’t find amusement arcades or fun parks or posh bistros (like South Devon), what you will find is a hotel and it’s adjacent pub (the aptly named ‘Wreckers Bar’) in keeping with it’s surroundings, a place lost in time, rustic and rural, serving good food, beer and wine and with comfortable bedrooms, some with views out to the wild ocean.  The owners are friendly and helpful and the staff polite and friendly.  It’s timeless unspoilt nature is one of the reasons we love it so much and why so many other people love it (you can’t even get a phone signal down there although the hotel does have wifi if you are desperate to keep in touch with the modern world).  You feel as though nothing has changed in centuries down here, but things have, quite a bit!  Although the Quay itself is long gone there is still ‘the street’ as I call it, on one side the old Merchants house and bank, now the hotel; the pub was stables once upon a time and must be one of the only pubs where the cellar is upstairs!

I was going to write about the history of the Quay but this would be a huge essay, instead I recommend you to the museum if you are visiting the Quay.   If you don’t get a chance to visit the museum (open summers only) there are a variety of books on the subject of the Quay’s history which I would highly recommend, some can be purchased in the shop or the bar.

The geology of Hartland Quay and the surrounding coast is one of the things that makes it a special place.  The cliffs are high and dramatic, with amazing strata that describe a time when the cliffs were formed by volcanoes and earthquakes long long ago.  Today when you look at the cliffs it seems that vast mountains have had their tops chopped off, you can see the force of nature that formed this wild place.  And wild it is.  As mentioned the coast line is littered with ship wrecks and the wonderful little museum opposite the hotel is full of the history of the place, with pictures and descriptions of the wrecks and a map showing where they are, it is a sobering picture to see and something that seafarers today should take note of.  On some days you can see the notorious ‘Harty Race’ comming round the point, a violent churning of the sea that has taken many a ship to the deep.

In order to get to the museum you have to go through the shop selling mementos of your trip to the Quay and wonderful ice-cream!  One of the reasons I wanted to write about the Quay is that last year (2015) the owners agreed to take some of my pieces into the shop, which made me a very happy girl, not least because it is so local to us and a place we visit very regularly but because of other connections with the place that go a long way back (well not as far as the history of the quay); the story starts 81 years ago this summer.

In 1935 a young man aged 15 was taken on a road trip by one of his school masters with a few other boys from his year from their school in Horsham, Sussex.  The master hired a charabanc and visited many parts of the south west, including Hartland Quay (and Bude where they went surfing!).  Hartland Quay had a lasting impression on this handsome rugger playing teenager (yes some people will tell me that it’s rugby not rugger, but this young man, my Daddy of course, always referred to the game by this name). When this young man got a bit older and married he took his new wife there on holiday (apparently there was a butler there then in a white jacket and a garage with petrol pumps where you could store your car, he also told me a story about a young couple who had come down to breakfast and the woman asked the man if he took sugar in his tea, my Mother was horrified, the implication being of course that they weren’t married, at least in her mind!).

Later still his took his first two children on holiday and then when I was little I was taken there too. I will always remember the stories he told me of wrecks and pirates and of that first journey down the narrow winding lane, 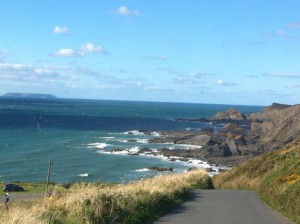 you feel as if you are going to drive off the cliff edge (picture taken of this road by one of the lovely staff at the Hotel), it slightly terrified me as a child, I couldn’t imagine where Daddy was taking us, I cannot imagine what this road must have been like in the 1930’s!  It is quite safe of course, but it is dramatic and I love to bring friends down to the Quay who haven’t been there before just to see their reaction to the journey down there. (This is the lane that Tom Hiddleston rides his motorbike down in ‘The Night Manager; Blackpool Mill cottage also featured in the program, nestles in the next bay to the north of Hartland Quay, you can do a really nice circular walk from the pub to Blackpool Mill along the cliff path – take care – and back through fields adjoining Hartland Abbey to the Hotel).  I can picture my first visit to the Quay to this day.  Many many years later, this young man now in his 90’s lived in a fabulous care home not far from Hartland and was desperate to visit before he died. It was difficult for us to take him down as getting him in the car was a challenge, so one day the wonderful people at the care home where he lived arranged a trip down to the Quay specially for him (and taking other residents too of course). He was so excited (I was to meet them down there) and couldn’t wait for the trip. On the morning of the planned outing he didn’t feel well and didn’t go, and one week later he died. I feel terribly sad that I never got to take my lovely Daddy back down to Hartland Quay, a place he loved so much, but I am sure that wherever he is he will be so very pleased that art created by one of the family now graces this shop in this magical place and it has become a home from home for us, so close to where we live and so special to my partner and me, we are so lucky to live where we do. 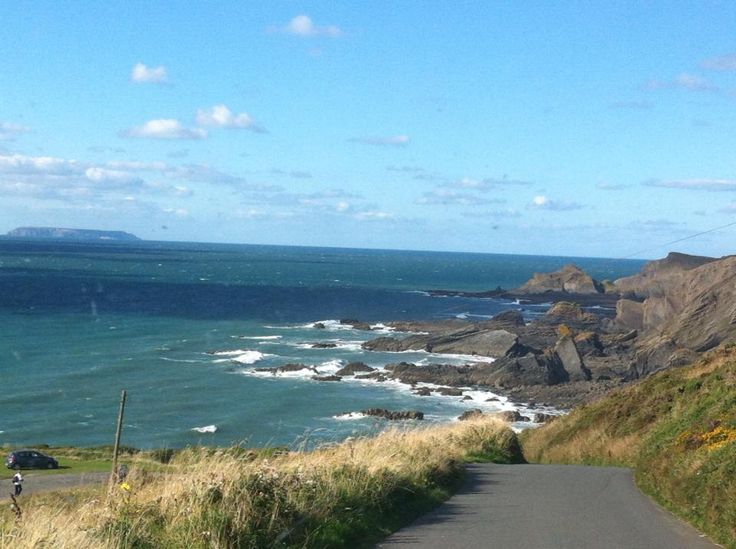 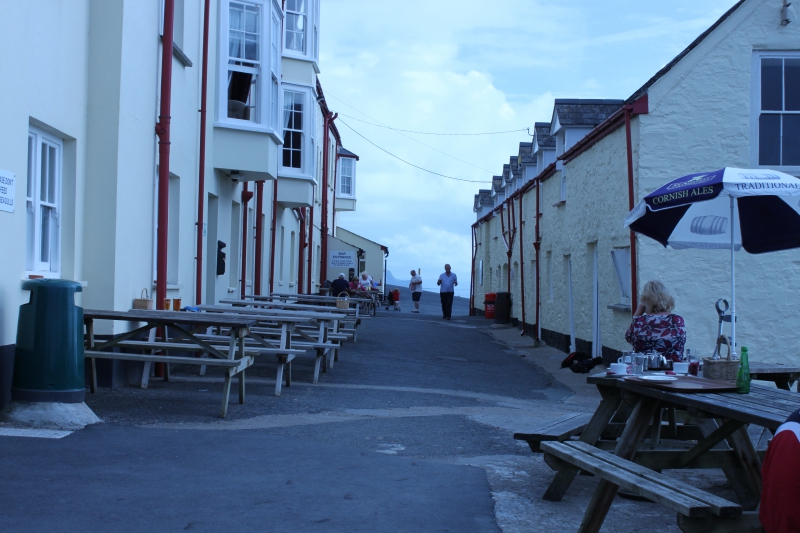 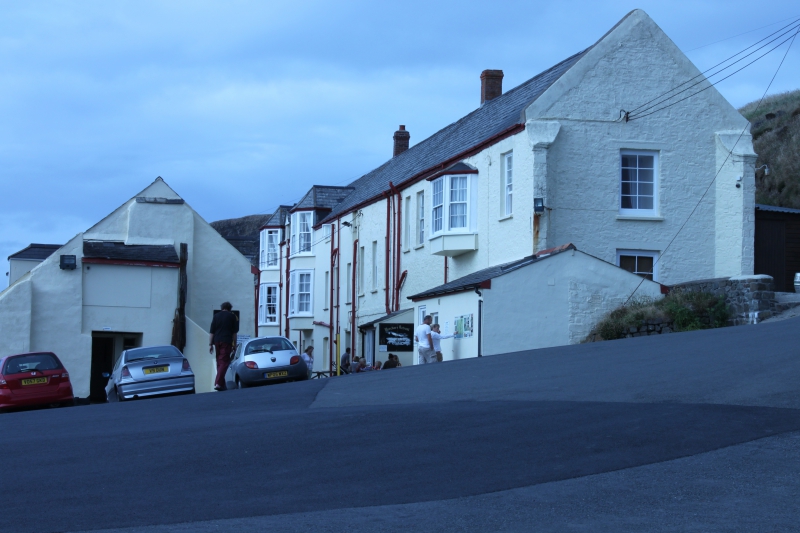 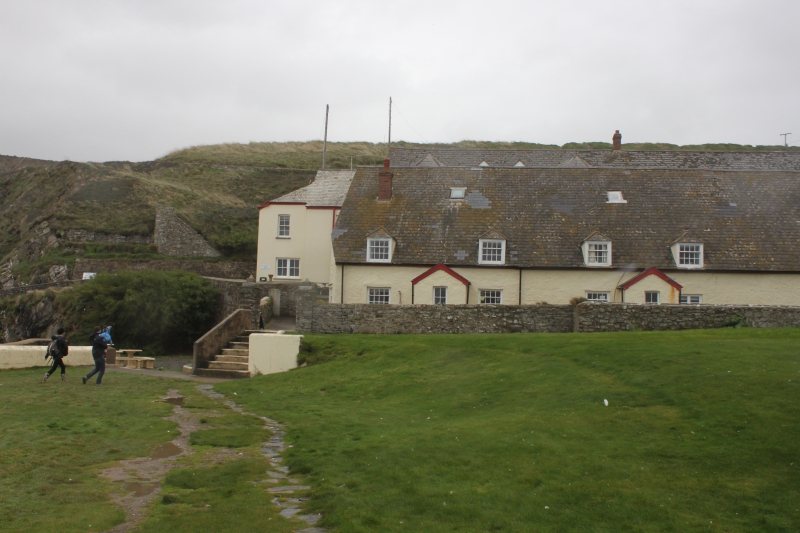 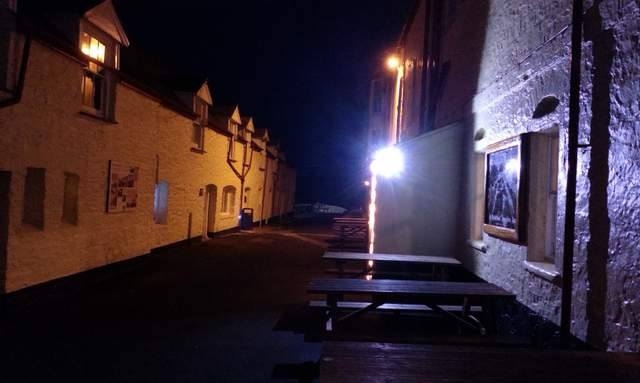 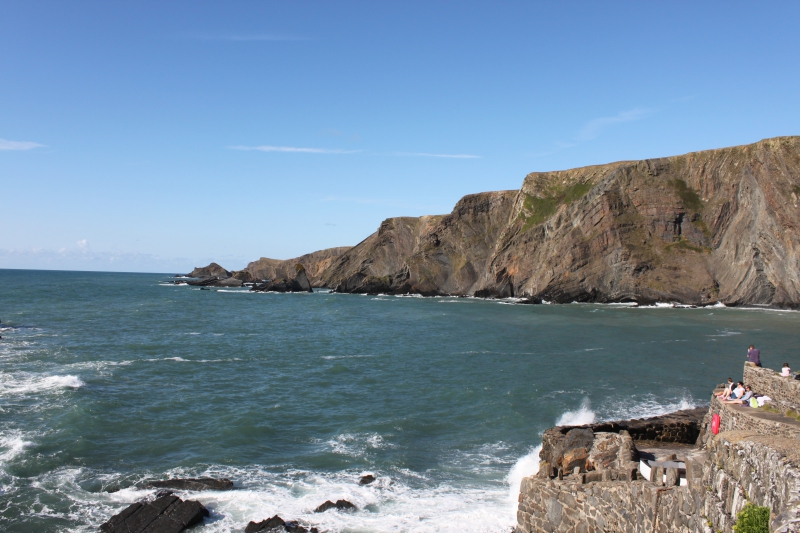 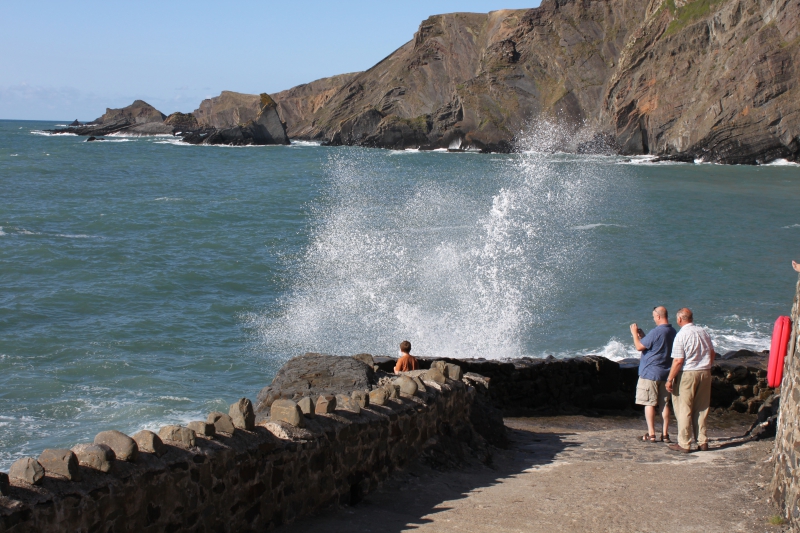 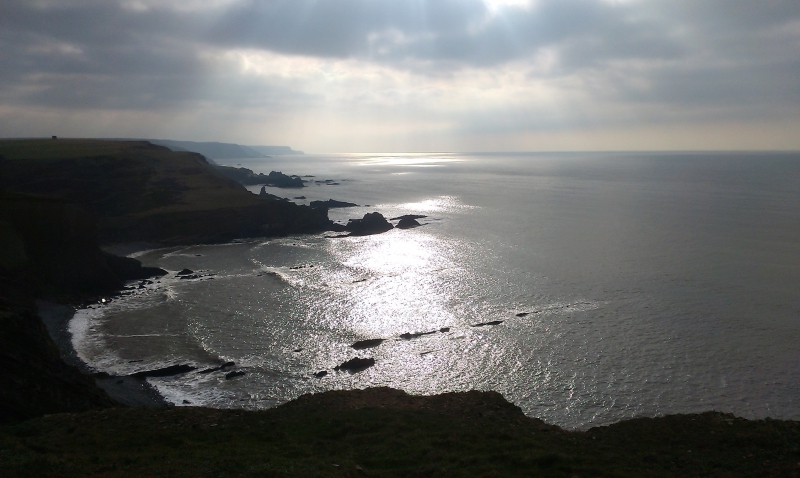 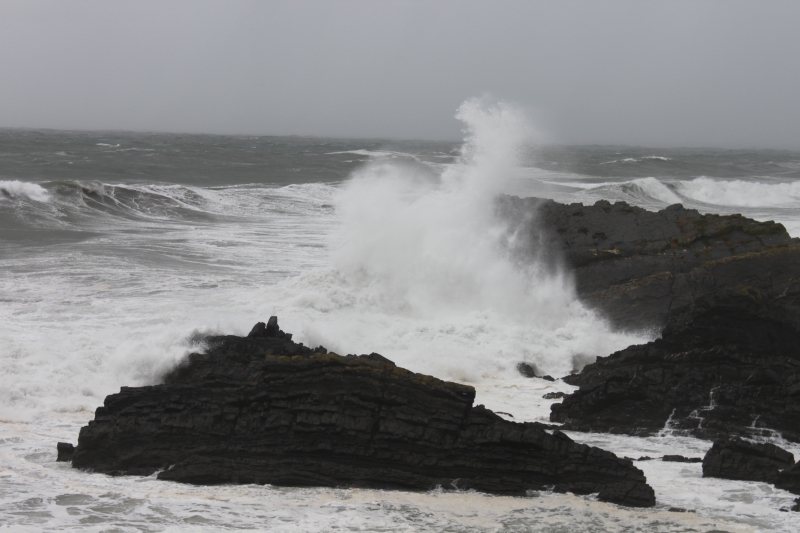 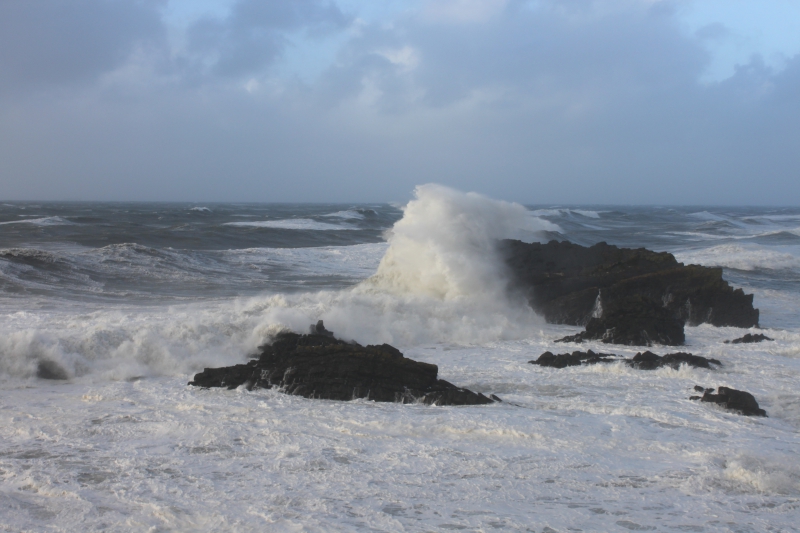 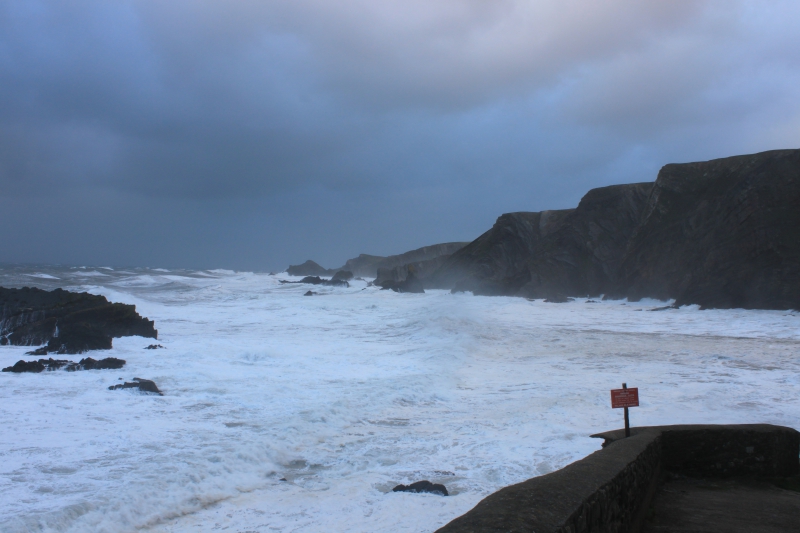 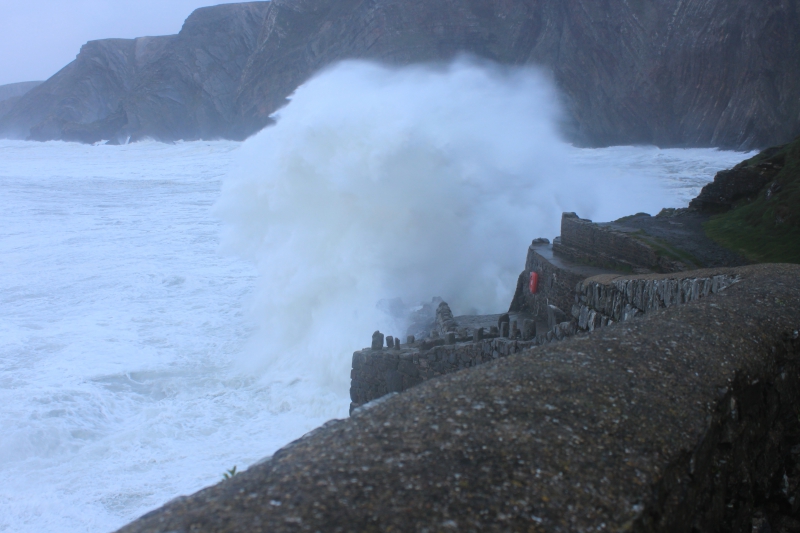 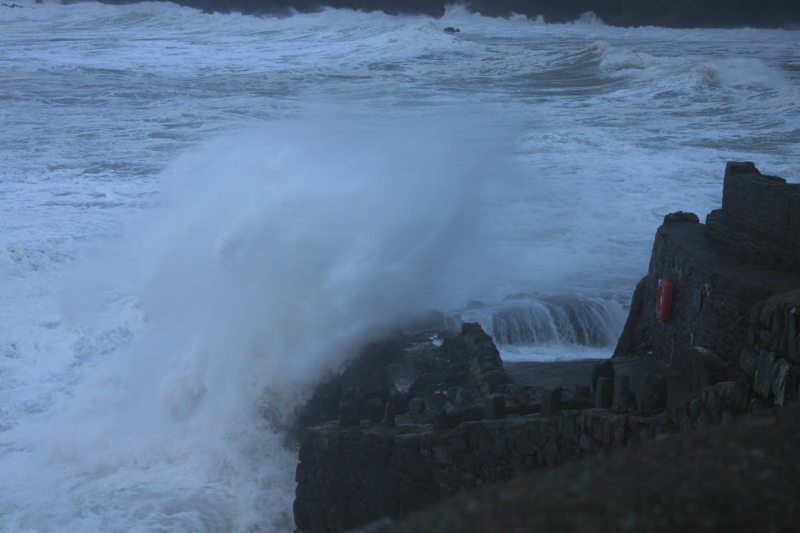 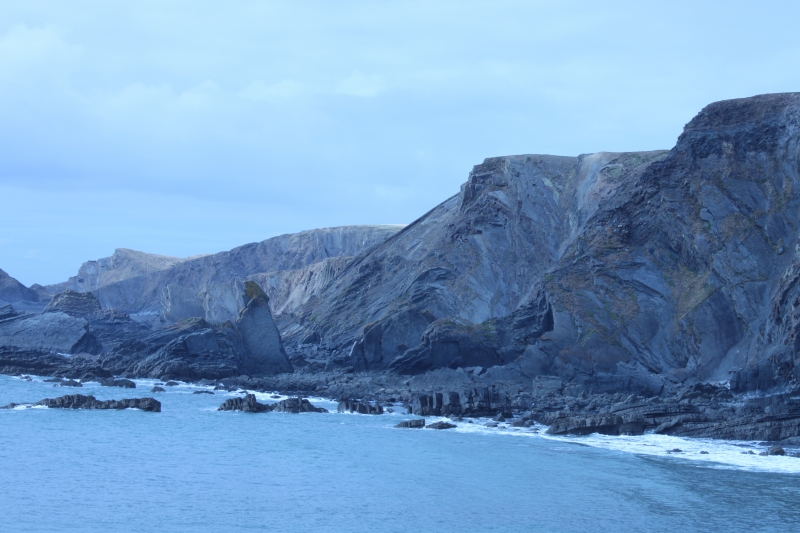 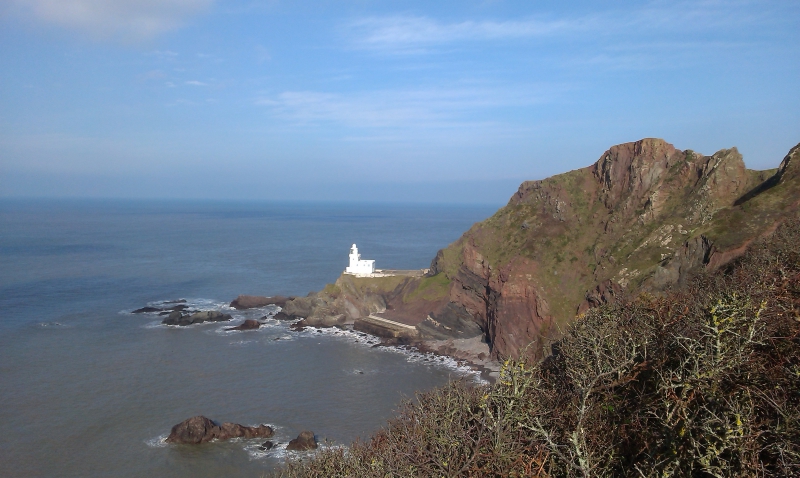 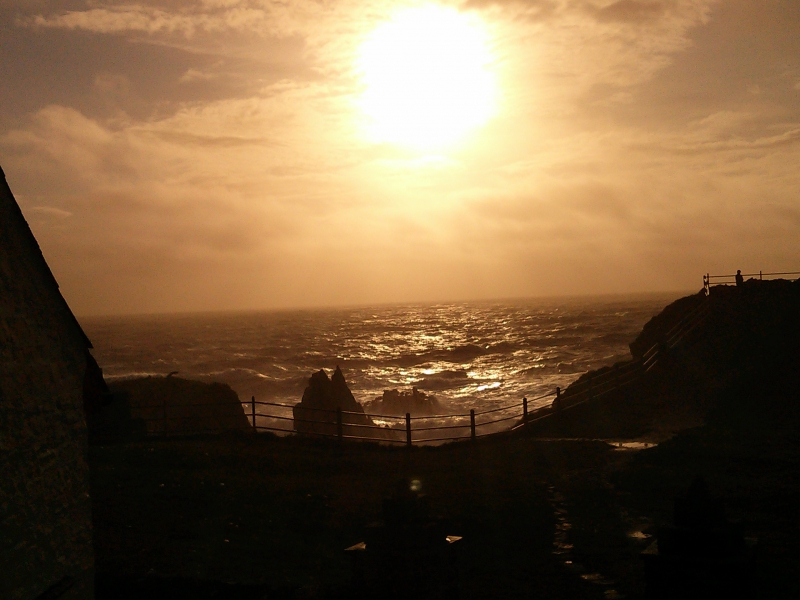